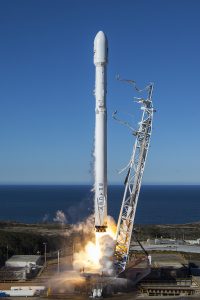 Elon Musk! Okay, that should have gotten your attention… SpaceX, one of his many ventures, has been busy developing technology for launching Falcon rockets into space, working with reusable components.  The ultimate goal: a human settlement on Mars. As part of that grand mission, they are now working on a new approach to connect you to the Internet: Starlink, a network of satellites in orbit over our planet that would provide you with broadband access to the Internet and would pass data along.

With the first prototype satellites set to launch, it’s still hard to see what the exact impact will be. The plan may eventually involve launching as much as 12.000 cheap, mass-produced satellites into space. To connect to them from earth, you would need to install some sort of receiver, pointed to the skies.

Given how all of that’s a considerable effort, what are the benefits? As you’re reading this article, using your rapid 4G, cable internet, or even fiber optics connection, you might be tempted to take a fast connection to the Internet for granted. However, there are large parts of the world that are much less densely populated and where it’s just not economical or even possible to install all the cables, network equipment, and cell towers required to bring another remote village online. Other companies have been working on solutions for this issue as well. Google for example, has been providing Internet using balloons. Using satellites may be an interesting alternative – one that could eventually even reach Mars.

Update: just to show that the idea of Internet from the skies isn’t just hot air, another startup is planning to provide connectivity using high-tech blimps.