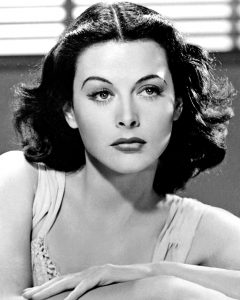 Today is women’s day and in the wake of the many horrifying stories we’ve been hearing from the #MeToo movement, it seems like a good time to reflect on our implicit or explicit assumptions about gender, and how they are affecting our work, life and relationships.

As this blog is mostly about networking (and just very slightly about gender dynamics), I’d like to take the opportunity to share the story of the 1940s Hollywood actress Hedy Lamarr. In her days, she was mostly appreciated for looking incredibly sexy, while her scientific achievements attracted little attention.

Meanwhile, she was in fact one of the people that pioneered frequency hopping spread spectrum technology: a way to transmit a wireless signal while rapidly switching between frequency channels. This makes it harder to intercept the signal and also reduces interference with other sources.

The idea, during World War II, was intended to help allied submarines launch radio-controlled missiles, in a way the Germans wouldn’t be able to detect or jam. Still, Hedy was told she’d best help the war effort as a pin-up girl, cheering on the troops.

Eventually, her invention turned out to be a foundational building block, upon which modern communication technologies like WiFi and Bluetooth are constructed.

Bombshell is the documentary about Hedy Lamarr’s life. I’m hoping to catch it one of these days.